Pop up cards, also known as Kirigami are a modified variant of Origami, where slit cuts are allowed, or rather: mandatory. Typically, one would find these folded cards which pop up into some threedimensional object when opened.

Many professional Kirigami-Makers don’t work manually with scalpels any longer. Rather, they raise productivity with a laser cutter or knife-equipped mechanical cutting plotter. We have played with the latter: 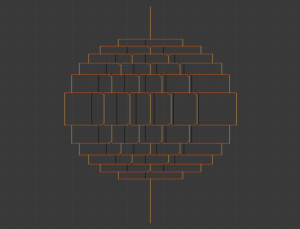 From a design (modified for Kirigami output), we generate a cut pattern which contains the convex and concave folds as well. These are being scored by the plotter with a shortened knife not going through the bristol carton. The tricky thing is to achieve a two-sided scoring while maintaining a high precision. This is where an old caliper trick comes into play: the vernier scale, which enables sub-millimeter resolution by simple stroke matching. That way, we can adjust offsets after the cardstock was inserted the reverse way (we need two passes for the  scoring back/convex and front/concave).

Last but not least, a test result: 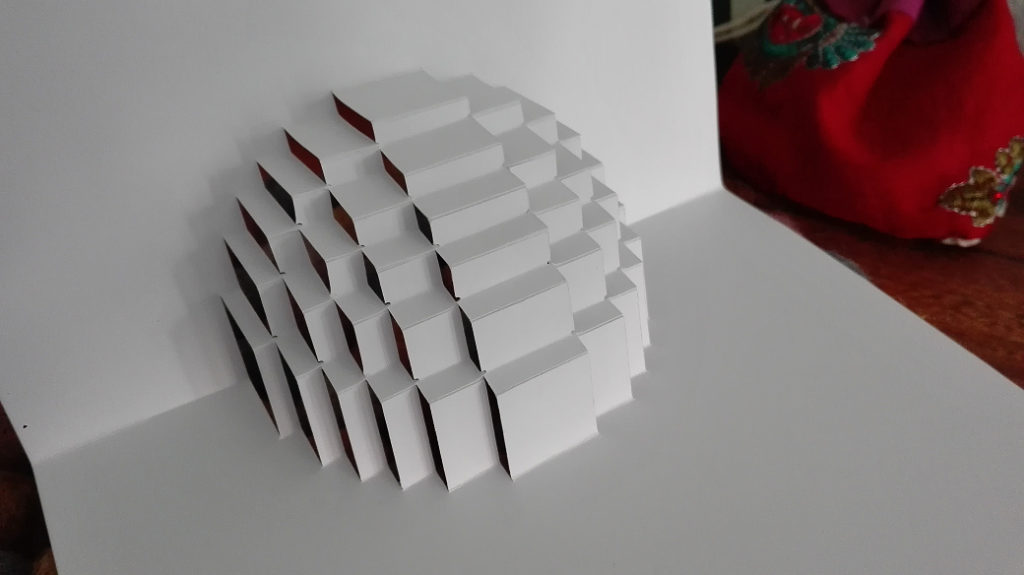 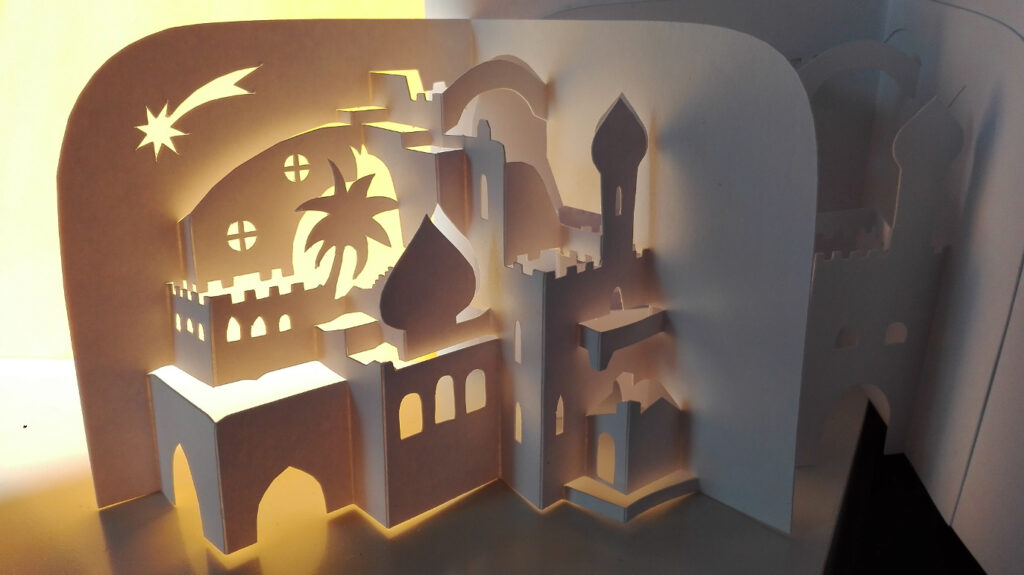